My articles tend to be inspired by what I’m seeing day to day and recently I have seen a lot of dogs who bite!  In different scenarios, such as:

Most of the people I help are really upset that their dog is biting and are worried about what the implications of this could be and where it could escalate to.  The worst possible scenario, of course, being one where the dog bites someone badly enough that it is destroyed and the owner prosecuted.  Before we follow that trail of thought too far, we need to recognise that the majority of dog bites can be prevented with some education.  So if your dog has bitten, there are ways of preventing that from happening again, and if your dog hasn’t yet, there are things to do to ensure it stays this way.

The reason that I know dog bites can be prevented is because I know that dogs don’t bite without good reason (in their eyes).  They are putting themselves at risk of retaliation by biting so they are only going to do it if they believe that it is essential and there is no other choice.  If we give similar thoughts to human violence – even behaviour that looks like mindless violence to us has reason behind it.  The person felt disrespected, the person believed they had to be violent in order to get respect from that person, or from someone else.  However on a more basic level, personally speaking, I would only ever be physically violent if I believed it was the only option to protect myself or someone else from imminent harm.

The same is true with dogs.  Their aggressive behaviour can always be linked to either asserting themselves when they believe they aren’t respected, or defending themselves/their pack.  I will work through each of the above scenarios to explain what I mean.

Biting other dogs in the household.

The dog that is doing the biting either feels under threat from one of the other dogs, or believes that it is in charge and the other dog is not showing the respect that he/she believe they deserve. If you are in charge this lack of respect can also become a survival problem.  For instance, in the military respect for superior ranks is important, because these would be the decision makers in times of danger.  Respect can therefore be seen as necessary to survival.  In the dog pack there are no reprimands or court marshalls, just a quick fight, potentially leading to a bad bite.  If your dog knew you were in charge, they wouldn’t have need to assert this authority.

The most common scenario I see is when a dog is approached.  So they may be sitting in their bed, or on the sofa/bed alone or with another person, or chewing a toy/eating food and a human goes up to them in their space.  They feel under threat/challenged and they don’t like it, so they let you know.  The chances are you dog let you know this many times before through their body language and behaviour but you didn’t recognise it, as you are a human and don’t necessarily understand the signs.  If they aren’t approached in their space, they would have very little reason for biting.  Usually for a dog to go this far, they are also finding the leadership role very stressful and would really benefit from you taking it over.

Visitors are intruders.  That’s the way a dog sees it.  You are the pack, this is your territory.  Who is this interloper?  What are they doing here?  Are they here to kill us and take our territory?  This isn’t safe…

A dog has to be taking this quite seriously and be feeling quite stressed to get to this point. If your dog is doing this, quite simply you can keep them out of the way when you have visitors around, or the other side of a dog gate.  However if you prove to your dog that you are taking care of the pack, then this wouldn’t be their responsibility to worry about and deal with.  They might still prefer that we didn’t have visitors, but they would trust our judgement more.

Biting strangers on the walk.

Strangers are a bit like visitors, except that we are on no-mans land, so they aren’t intruding, we are.  The stranger is a potential hostile, and if they approach or try to touch, our dog can feel threatened by that and bite to protect.  A simple way of prevent this is to keep your dog away from strangers.  You can also invest in a “Nervous Dog” lead or coat, to discourage people from coming too close.  Ultimately the best way to tackle this is to prove to your dog that you are the leader and they can trust your judgement, rather than just making their own decision about whether it is a problem or not.

As you can see, through each of these different scenarios there are reasons a dog bites, ways to avoid it practically, as well as a bigger picture way of preventing your dog from feeling responsible in these situations.  To get to the bottom of your dog seeing you as in charge, I’d start with a read of “The Dog Listener” by Jan Fennell.

This site uses Akismet to reduce spam. Learn how your comment data is processed. 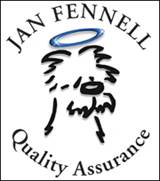